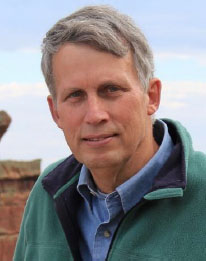 Booth has been a member of the American Academy of Equine Art since 1994, and since 2016, President of its Board of Directors. He showed regularly at Rolex CCI**** from 1997 to 2010 and made his international debut with the prestigious Frost & Reed Gallery. He has been the official artist for numerous steeplechase meets, as well as The Virginia Gold Cup and the 2006 Breeder’s Cup, and you find his work regularly on the covers of The Chronicle of The Horse and other equestrian magazines and catalogs. He enjoys a close association with The United States Pony Clubs (USPC). He is a Signature member of Oil Painters of America (OPA), Society of Animal Artists (SAA), and the Portrait Society of Atlanta (Member of Merit). In 2012 Green Island Country Club chose him to portray 1987 Master’s Champion Larry Mize. His most recent exhibition was held jointly with sculptor Kathleen Friedenberg at the Aiken (SC) Art Center.

This year’s workshop will place an emphasis on composition and design, making your artwork visually coherent and “IMPACTFUL”

There is no online registration for this workshop, but you may sign up at the front desk or by calling 803-641-9094. Supply list is at the ACA front desk or online. Skill level: Intermediate to Advanced oil students. No membership discount. Class size is limited so register early! *If the workshop gets postponed because of covid-19, the alternative dates are Apr 12-16.

“The best sporting artists have an eye not only for detail, but for the telling detail – the nuance of gesture, of motion, of light and gear which reflects an insider’s grasp of the outdoor world.” — Booth Malone